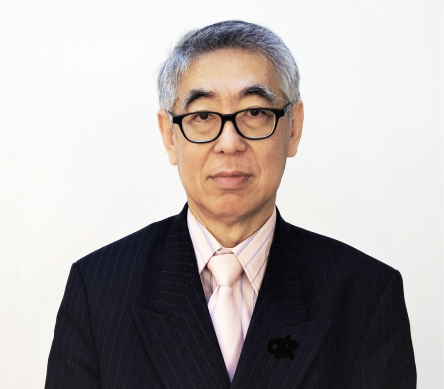 Robert Chua started his TV career in Australia at the age of 17 and after spending a short stint with Singapore RTS made Hong Kong his home. In 1967 at the age of 21, he helped launch TVB Hong Kong’s first terrestrial TV Channel and created the longest-running ‘live’ variety show ‘EYT’ (Enjoy Yourself Tonight 歡樂今宵), the first “Miss Hong Kong Pageant” 香港小姐, and the first Charity Marathon ‘live’ show 慈善脤災義演. In 1979, his company ‘Robert Chua Production House Company Limited’ became the first Media Company in the world to enter the Chinese TV market. He secured China’s first “TV Time Check on CCTV”, represented and sold TV air-time, produced and distributed foreign programs to China. In 1994 he founded a satellite channel CETV to broadcast across China.  In late 2003 he sold his entire CETV stake to his partner Time Warner to concentrate on pioneering the world’s first ‘cross-media’ interactive channel TIC (The Interactive Channel) that was awarded the AFDESI 2006 “Best International Interactive Enhanced Television Award” in Cannes, in mid-2007, TIC focused on “Health & Lifestyle Channel” and created the ‘cross-media’ interactive ‘Health & Lifestyle Channel’ (HLC).  All its live’ shows simulcast over the Internet / Mobile to enhance TV viewers and Internet users viewing experience. In recent years, he ventured into the “Food & Beverage” industry and opened Singapore’s most
successful restaurant chain ‘Tim Ho Wan in 2013 as its Asia-Pacific Master Franchisor followed by Master Franchisor of Kam’s Roast Restaurants in 2016, founded ‘Joy Luck Teahouse’ in 2020, and in 2021 founded ‘Sinstant’ that promotes ‘Ready to Eat’ products from Singapore. He was a Board member of “RTHK Board of Advisors”, NATPE (USA), Committee member of the Advisory Board of ‘Rose d’Or Festival’ (Switzerland), Board of Governors of the ‘Banff TV Festival’ (Canada), Honorary Committee member of the ‘Monte Carlo TV Festival and Advisor to “Monaco Media Forum” (Monaco), Board member of ‘FRAPA’ (Germany), Consultant to ‘Shanghai Oriental TV Entertainment Channel and “Channel Young” and Guest Professor of ‘News and Media Studies’ Nanjing University, (China).

“I am happy to support BLW’s effort in helping entrepreneurs match their needs between entrepreneurs to make a success of their company. People should be ‘socially responsible’ in their business and private life. I like to share my experience in the TV and F&B business that was done with ‘passion’ in the work I do and the people I serve.  Happy to share my past experiences on successes and failures to help entrepreneurs to avoid the pitfalls.“